Adult bald eagle (right) and nest (above) with young eaglets

The Westervelt Company (TWC) timberlands produce high quality forest products as well as providing habitat for many game and non-game species. They also are home to rare and unique plants and animals, including some that are federally listed as threatened or endangered. When these species or habitats are discovered on Westervelt lands they become part of our “Special Sites” Program. Special Sites include not only areas with rare and endangered species like Mohr’s Barbara’s Buttons, bald eagles or gopher tortoises, but also sites of geologic, historic or cultural significance. These would include features such as caves, rock outcrops, cemeteries, old structures and Indian mounds. Some of our hunting club members may have seen the yellow “Special Site” signs that have been posted around these areas. Most are also marked with red paint. Timber harvesting and other activities have been restricted in these areas to protect them from disturbance or site degradation. These areas are also closed to vehicular traffic. Westervelt forestry and wildlife personnel periodically inspect the sites to determine if they are still intact and viable. 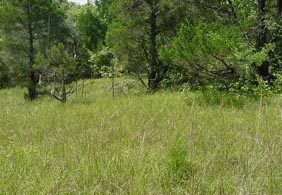 In some cases, limerock outcroppings are examples of special sites

Hunting around these sites is not usually a problem unless there is a rare or endangered species involved such as bald eagles, which are nesting and incubating eggs during winter. However, in most cases, like rare plant communities or cemeteries, we try to protect the site itself. Please make sure to keep vehicle traffic out of these marked areas and do not park or plant food plots in them. For this reason, TWC hunting clubs are reminded to check with their Westervelt Lease Manager before establishing any new food plots or enlarging existing ones on their lease.